For the teams, Mayhem Freedom dominated from start to finish over four days and 9 events, wearing the white leader jersey the entire time and finishing first in the final event. The team officially clinched yet another Affiliate Championship title and bragging rights until next year. CrossFit Krypton takes 2nd place on the podium, and Invictus is your third-place team. 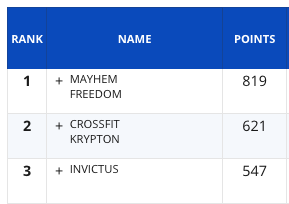 The Aussies took Event 1 wins to kick off the final morning of Games competition, with Tia Toomey and Matt McLeod winning the Swim Paddle event on Lake Monona.

In back-to-back Events 10 & 11, Katrin Davidsdottir knew it was GO time if she wanted a chance at a medal. She went on to win both events and earned herself enough points to sneak into that 3rd-place potential podium spot as the women headed into the final event.

The final event of the Games earned Toomey and Fraser Ws, leaving no room for doubt as to who would be leaving Madison with gold medals.

Once again, Mat Fraser and Tia-Clair Toomey are your Fittest Man & Woman on Earth.

Fraser earns his fourth championship and joins the likes of Rich Froning as the Fittest Man in History, a four-time back-to-back Games champ. In one of the closest points races yet against Fraser, Noah Olsen put up a good fight for 2nd & BKG finished in 3rd — they will both stand on the podium, painfully close to the four-time champ.

Toomey becomes the first three-time Women’s champion of the CrossFit Games. Kristen Holte & Jamie Greene will join Toomey on the podium in 2nd and 3rd, respectively. 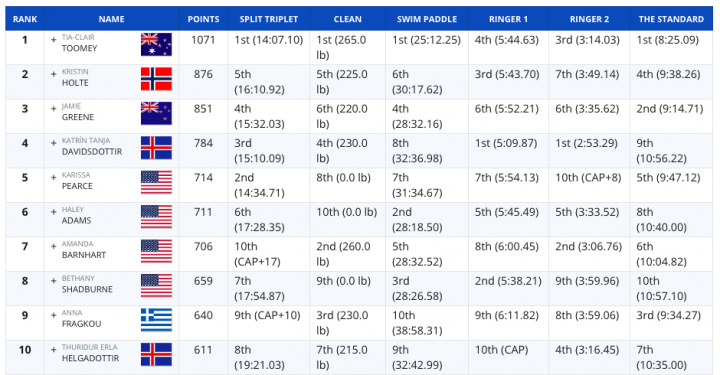 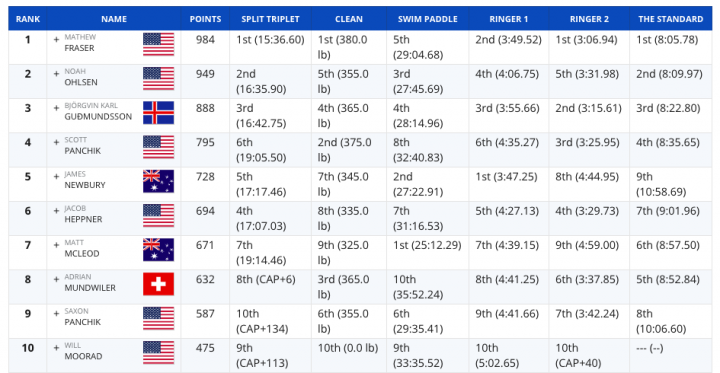 Congratulations to FITAID athletes Anna Tobias in the Masters Women (35-39) Division & Emma Lawson in the Teen Girls (14-15) Division, as they will both be standing on the podium in 1st and 3rd, respectively. 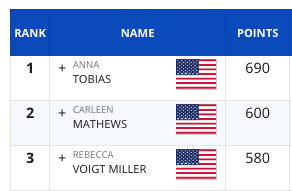 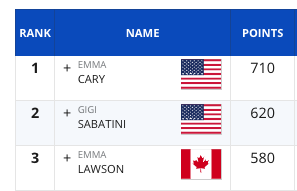 Congratulations to all the Individual athletes, Teams, Teens and Masters who competed this weekend at the 2019 Reebok CrossFit Games in Madison, Wisconsin. Until next year...

*Please note: All stats and Leaderboards are based on current standings, may be subject to change. > > > Live well.
REWARDS POINTS FAQ