Here are snippets from a recent article on HealthLine.com about the major health benefits of Turmeric and Curcumin:

Turmeric may be the most effective nutritional supplement in existence.

Many high-quality studies show that it has major benefits for your body and brain.

Here are the top 10 evidence-based health benefits of turmeric.

Curcumin is the main active ingredient in turmeric. It has powerful anti-inflammatory effects and is a very strong antioxidant.

However, the curcumin content of turmeric is not that high. It’s around 3%, by weight (2).

...To experience the full effects, you need to take a supplement that contains significant amounts of curcumin.

TIP: It helps to consume black pepper with it (which contains piperine), enhancing the absorption of curcumin by 2,000% (3).

Curcumin is also fat soluble, so it may be a good idea to take it with a fatty meal.

2. Curcumin Is a Natural Anti-Inflammatory Compound

Without getting into the details (inflammation is extremely complicated), the key takeaway is that curcumin is a bioactive substance that fights inflammation at the molecular level (12, 13, 14).

3. Turmeric Dramatically Increases the Antioxidant Capacity of the Body

Curcumin has powerful antioxidant effects. It neutralizes free radicals on its own but also stimulates your body's own antioxidant enzymes.

Curcumin boosts levels of the brain hormone BDNF, which increases the growth of new neurons and fights various degenerative processes in your brain.

5. Curcumin Should Lower Your Risk of Heart Disease

Heart disease is the number 1 cause of death in the world (27).

Curcumin may help reverse many steps in the heart disease process (28), as it has beneficial effects on several factors known to play a role in heart disease. It improves the function of the endothelium and is a potent anti-inflammatory agent and antioxidant.

One study randomly assigned 121 people, who were undergoing coronary artery bypass surgery, either a placebo or 4 grams of curcumin per day, a few days before and after the surgery.

The curcumin (test) group had a 65% decreased risk of experiencing a heart attack in the hospital (32).

6. Turmeric Can Help Prevent (And Perhaps Even Treat) Cancer

Curcumin has been studied as a beneficial herb in cancer treatment and been found to affect cancer growth, development and spread at the molecular level (34).

Studies have shown that it can contribute to the death of cancerous cells and reduce angiogenesis (growth of new blood vessels in tumors) and metastasis (spread of cancer) (35).

Whether high-dose curcumin (preferably with an absorption enhancer like piperine) can help treat cancer in humans has yet to be studied properly.

However, there is evidence that it may prevent cancer from occurring in the first place, especially cancers of the digestive system like colorectal cancer.

7. Curcumin May Be Useful in Preventing and Treating Alzheimer's Disease

Alzheimer's disease is the most common neuro-degenerative disease in the world and a leading cause of dementia.

It’s known that inflammation and oxidative damage play a role in Alzheimer's disease, and curcumin has beneficial effects on both (40).

In addition, a key feature of Alzheimer's disease is a buildup of protein tangles called amyloid plaques. Studies show that curcumin can help clear these plaques (41).

Whether curcumin can really slow down or even reverse the progression of Alzheimer's disease in people is currently unknown and needs to be studied properly.

Arthritis is a common problem in Western countries.

There are several different types, most of which involve inflammation in the joints.

Many studies show that curcumin can help treat symptoms of arthritis and is in some cases more effective than anti-inflammatory drugs.

9. Studies Show That Curcumin Has Incredible Benefits Against Depression

Curcumin has shown some promise in treating depression.

A study in 60 people with depression showed that curcumin was as effective as Prozac in alleviating symptoms of the condition.

According to this small study, curcumin is as effective as an antidepressant.

...There is also some evidence that curcumin can boost the brain neurotransmitters serotonin ... (47, 48).

If curcumin can really help prevent heart disease, cancer and Alzheimer's, it would have obvious benefits for longevity.

For this reason, curcumin has become very popular as an anti-aging supplement (49).

Turmeric and especially its most active compound curcumin have many scientifically-proven health benefits, such as the potential to prevent heart disease, Alzheimer’s and cancer.

It’s a potent anti-inflammatory and antioxidant and may also help improve symptoms of depression and arthritis.

BONUS: Here's a delicious recipe from Ambitious Kitchen to help you incorporate turmeric into your morning latte: 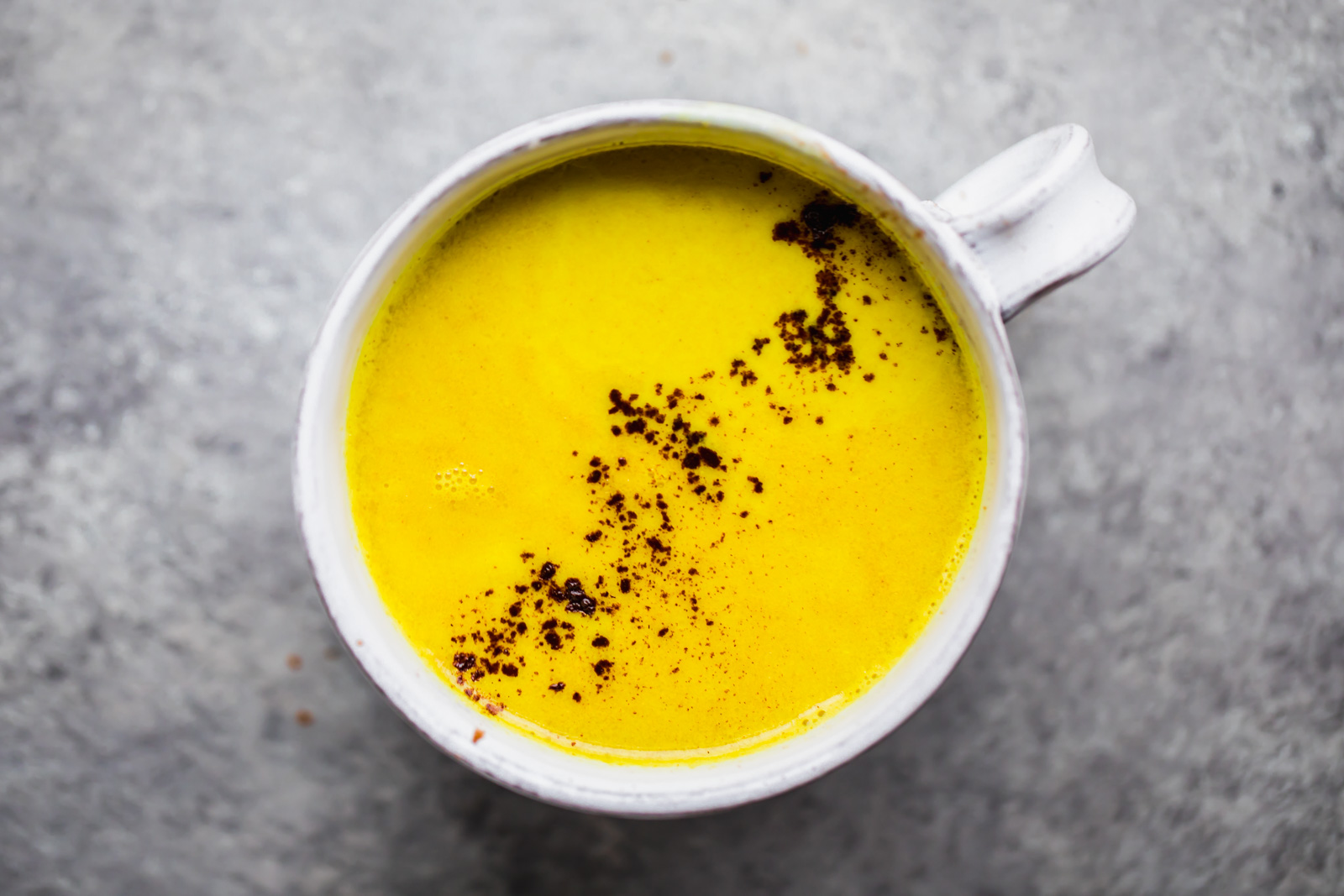 You can also SHOP all of our blends, four of which contain TURMERIC to help reduce inflammation from everyday stress, at LIFEAIDBevCo.com! Join the movement: #ABetterWayToDrink